Babchenko: There are several groups that prepare terrorist attacks in Ukraine ordered by the Russian Federation

Russian journalist Arkady Babchenko summed up the story of how his murder was ordered and how the organizers of his murder had been neutralized. On the same day, another man was planned to be killed by the Kremlin.

1. The FSB makes requests about me to all governmental bodies, collects information and passes it to Pivovarnik and later to Herman.

2. Before the murder they triggered a distracting rumor about "ISIS attacks in Kiev".

3. On the same day, it was planned to kill another person, a Russian opposition politician based in Vilnius. The killer was also selected from within Ukraine. It was important for them for all the traces to lead to Ukraine. Most likely, this order originated not from Herman. So, in Ukraine there is at least one another center for terrorist attacks.

4. Attacks in Ukraine had started to be prepared at least eleven months before the very first attempt to kill me has been made.

5. With the help of their own people in Ukrainian security services, FSB can at least organize unchecked entrance of vehicles into Kiev, and possibly bring some of their "oligarchs" here.

6. After realizing that the operation had failed, and that an excessive information would go to detectives, there was an attempt to exert pressure, or, possibly, to physically eliminate the witness in Kiev.

7. Presumably, the traces of this terrorist act lead to Putin's cook Eugene Prigozhine.

8. His organizations work in close cooperation with FSB. Apparently, they are also being coordinated precisely by FSB. This gives grounds for talking about the state backed terrorism in Russia.

10. After the terrorist attacks had failed, a massive Internet attack on Ukrainian and pro-Ukrainian bloggers has begun. Dozens of accounts with a total audience over one million readers were banned. This is an unprecedented measure. The traces also lead to the Prigozhin’s organizations.

13. This list is does not include Stelmashenko’s group which was trained in Rostov, transferred to Ukraine and detained as a part of Boris Herman's case.

14. Their plan has been partially implemented in Odessa.

15. Nothing has ended yet. They will continue. 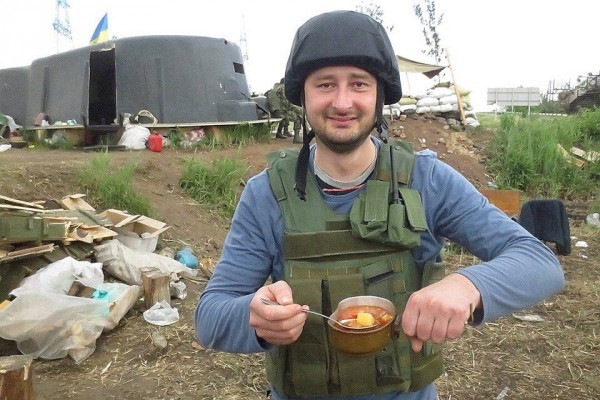